This question, if posed to 100 people, would yield 100 unique responses.  Each individual’s conception of quality in cheese is informed their personal history, taste, intersectional identities (gender, skin color, class, etc) and role in the cheese production and consumption process (i.e. cheesemaker, -monger, or eater).  In this blog series, I explore how different people in the New England cheese world answer this question.

Hannah, cheesemaker at Blue Ledge Farm, identified cleanliness and animals as the key factors in the production of quality cheese when I visited her farm in Northern Vermont.

When I asked Hannah “what makes quality cheese?,” she didn’t hesitate when she gave her answer.  “Cleanliness,” she assured me.  The milk, barn, cheese rooms, and aging rooms must all be clean before they can be anything else.  Hannah then brought the question of cheese quality back to its ultimate source: the animals.  She emphasized that healthy, well-cared for animals with a good diet produced good (and clean) milk, the building blocks for quality cheese. 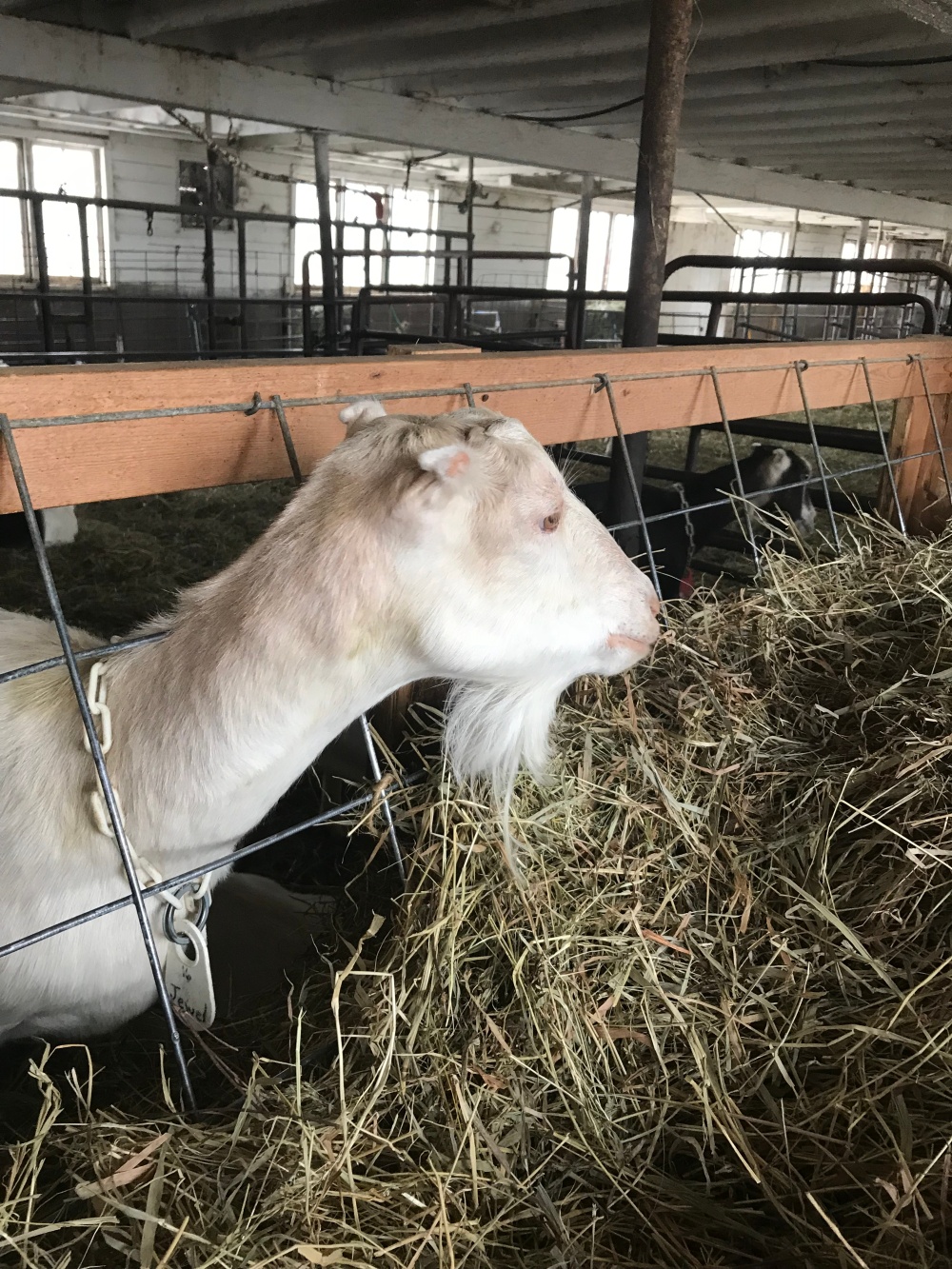 In ensuring cleanliness in her cheesemaking environment, Hannah started with the ruminants on her own farm.  They own a herd of over 130 milking goats (and many more that do not yet produce milk) but buy in cow’s milk from a neighboring farm.  “Goats are so clean!” Hannah explained to us, “but cows are just so dirty.”  Hannah and her partner Greg decided to keep the milk but not the animals in the case of cattle, to avoid the risk of contaminated milk.

Another means by which Hannah ensures the cleanliness of her milk is by heat-treating it.  Though not all of Blue Ledge Farm’s cheeses are pasteurized, all are heat-treated to some degree, a decision made by Hannah and Greg “for peace of mind.”  Though the dangers presented by raw milk cheeses are contested, Hannah and Greg, at least, consider it safer to heat-treat their milk before making cheese (Yoon et al, 2016).

In their cheese production at Blue Ledge Farm, Hannah and Greg prioritize cleanliness and their animals.  But their cheese’s quality is also created through its emplacement in community.  Hannah grew up just six miles from their farm, and they buy milk from a neighbor at twice the price of commodity milk.  In describing the animal husbandry practices of the farm, Hannah included the ability to hire a year-round employee as one motivation for staggering freshening to ensure year-round milk production (the other motivation she mentioned was the ability to supply cheese to customers year-round).  Blue Ledge’s prices for their artisanal cheese (especially in a direct sale context on the farm or at farmer’s markets) are lower than Trader Joes.  Hannah explained that this was not only a consequence of supply and demand: “it’s a part of our mission to make a product that we and our friends can afford.”  This echoes what Heather Paxson found in her ethnographic study of Vermont artisanal cheese, where cheese makers see their work as making cheese and making a community (Paxson 2013, 94).  In buying milk and hay locally (often above the going rate) and structuring the farm as a place of steady employment, cheesemakers like Hannah are practicing what Paxson calls, “economies of sentiment” (Paxson 2013, 63). For these farmers, the sentimental and moral value of creating community is as much a part of cheesemaking as the milk.  In addition to the importance of cleanliness and animals that Hannah identified as determinants of quality in cheesemaking, I would argue that as demonstrated by the way they run their farm, Hannah and Greg believe that a community-emplaced cheese is a quality cheese.